The Savannah area (Hilton Head’s neighbor to the south) has long been admired for its’ rich history and stunning beauty. The architecture set among the sweeping moss-covered oaks delivers southern charm that attracts visitors from all over the world. It is no surprise that Hollywood has chosen this coastal city and its nearby towns to make films.  Savannah is a southeast hot spot which is quickly becoming a movie mecca. Did you know that more than 75 movies have been filmed in Savannah since 1915? Did you know that 10 Academy Awards have gone to movies filmed in Savannah? Movie buffs will enjoy looking back to some iconic films with scenes shot in Savannah, Beaufort Lady’s Island and Tybee Island. 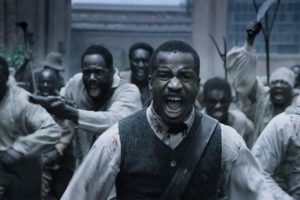 Recently, there has been a rush of movie production opportunities coming to Savannah, and a ton of casting calls to go with it. In 2016, the area saw filming for several different movies.

The Birth Of A Nation follows Nat Turner (Nate Parker), a literate slave and preacher, whose financially strained owner, Samuel Turner (Armie Hammer), accepts an offer to use Nat’s preaching to subdue unruly slaves. As he witnesses countless atrocities – against himself and his fellow slaves – Nat orchestrates an uprising in the hopes of leading his people to freedom. 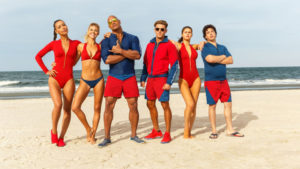 Baywatch is an upcoming American action comedy film directed by Seth Gordon, based on the television series.  Lifeguard Mitch Buchannon (Dwayne Johnson) and a brash new recruit (Zac Efron) uncover a criminal plot that threatens the future of the bay. 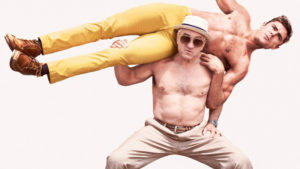 Dirty Grandpa, is an American comedy film directed by Dan Mazer and written by John Philips. The film stars Robert De Niro and Zac Enron. Right before his wedding, an uptight guy is tricked into driving his grandfather, a lecherous former Army Lieutenant-Colonel, to Florida for spring break.

And there are more films shooting with Lowcountry locations and coming to the big screen soon:

Katie Holmes and Michael Caine were in Savannah this summer filming a movie called Coup D’Etat.  It is a feature film comedy about a young girl who writes a letter to a foreign dictator, who in a bizarre turn of events gets overthrown and he ends up on her doorstep in a middle class neighborhood.

Lizzie  (Starring Kristen Stewart and Chloe Sevigny, directed by Craig William Macneill). A young woman goes on a notorious ax-murdering rampage in Massachusetts at the turn of the century.

The Divorce Party (Starring Thomas Cocquerel, Matilda Lutz, and Claire Holt, directed by Hughes William Thompson)  Conflicts flare up when a young couple throw a party to celebrate their divorce.

An LA Minut,  (Starring Gabriel Byrne and Kiersey Clemons. Directed by Daniel Adams) is a satirical look at fame, success, the star-making machinery and the karma that attaches to all those who worship at the altar of Celebrity.

For Misfortune (Starring John Cusack. Directed by Lucky McKee) is based on award-winning author Jack Ketchum’s novel. Sharp, quick-witted businessman Miller (Cusack) left everything behind, including his family, to start a new life after embezzling a client’s money.

If you are visiting Hilton Head Island and want a memorable experience, try taking a day to hop on a tour van! Beaufort Tours (843-838-2746) will take you to sites and homes where the stars stayed in downtown Beaufort. Locations surrounding Beaufort such as The Gump Medical Center (funded by Forrest’s “gazillions” he earned running the Bubba Gump Shrimp Company), The National Cemetery where The Great Santini was buried and the bridge from Forrest Gump that he crossed on the way back east from his cross-country run – yes, the “Mississippi River” bridge in actually here in Beaufort.

On Savannah Movie Tours  (912- 234-3440) you’ll visit over 68 movie locations on a climate controlled coach, and view movie clips while passing the locations on LCD screens. You’ll also see the Mercer House, Forrest Gump Bench location, Clare’s Cafe, and The Six-Pence Pub, of Julia Roberts fame. You’ll hear behind-the-scenes stories about the making of the movies from your tour guide and movie expert. You’ll also see the gorgeous homes of the stars, where the stars love to dine, shop, and party! Savannah Movie Tours also offers a Scary Movie Tour and a special VIP Tour Package.